Piper Roderick Grant of the 48th Highlanders of Canada playing his bagpipes for a crowd of liberated civilians, Matera, Italy, 24 September 1943.

The Italian Campaign of World War II was the name of Allied operations in and around Italy, from 1943 to the end of the war in Europe. Joint Allied Forces Headquarters (AFHQ) was operationally responsible for all Allied lands forces in the Mediterranean theatre, and it planned and commanded the invasion of Sicily in July 1943, followed shortly thereafter in September by the invasion of the Italian mainland and the campaign on Italian soil until the surrender of the German Armed Forces in Italy in May 1945. 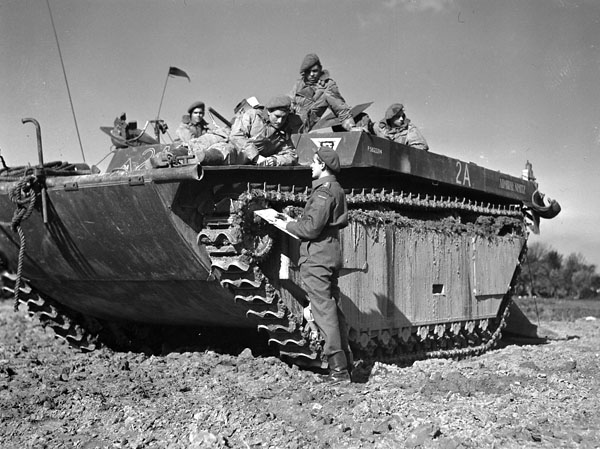