The video—narrated by Canadian musician and artist Alan Doyle of Great Big Sea—takes us back to Sept. 3, 1939, when a German U-boat torpedoed the ocean liner SS Athenia just hours after Britain had declared war on Germany. The Battle of the Atlantic was Canada’s longest campaign of the Second World War.

Thank-you to forum member BFBSM for the tip. 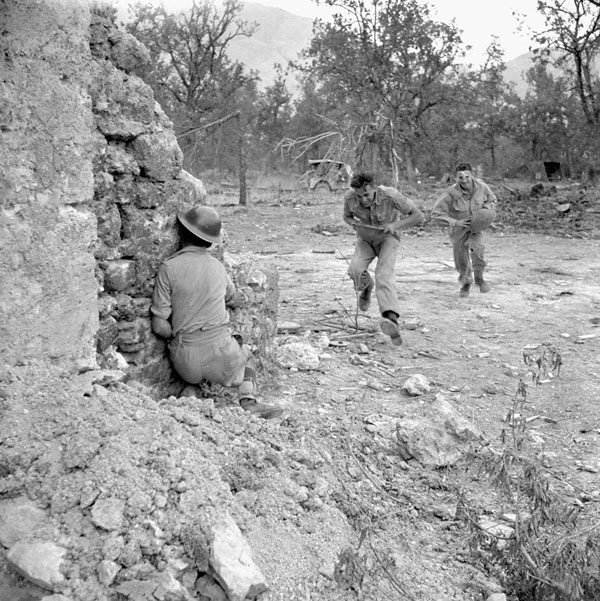 Infantrymen take cover during shelling of the "Ace" route between the Gari River and the airfield at Aquino, Italy, 22 May 1944.

1944 HMCS Swansea and HMS Pelican combine to sink the German submarine U-448 in the North Atlantic.

These are 10 of the 482 Canadians who fell on this day in history.