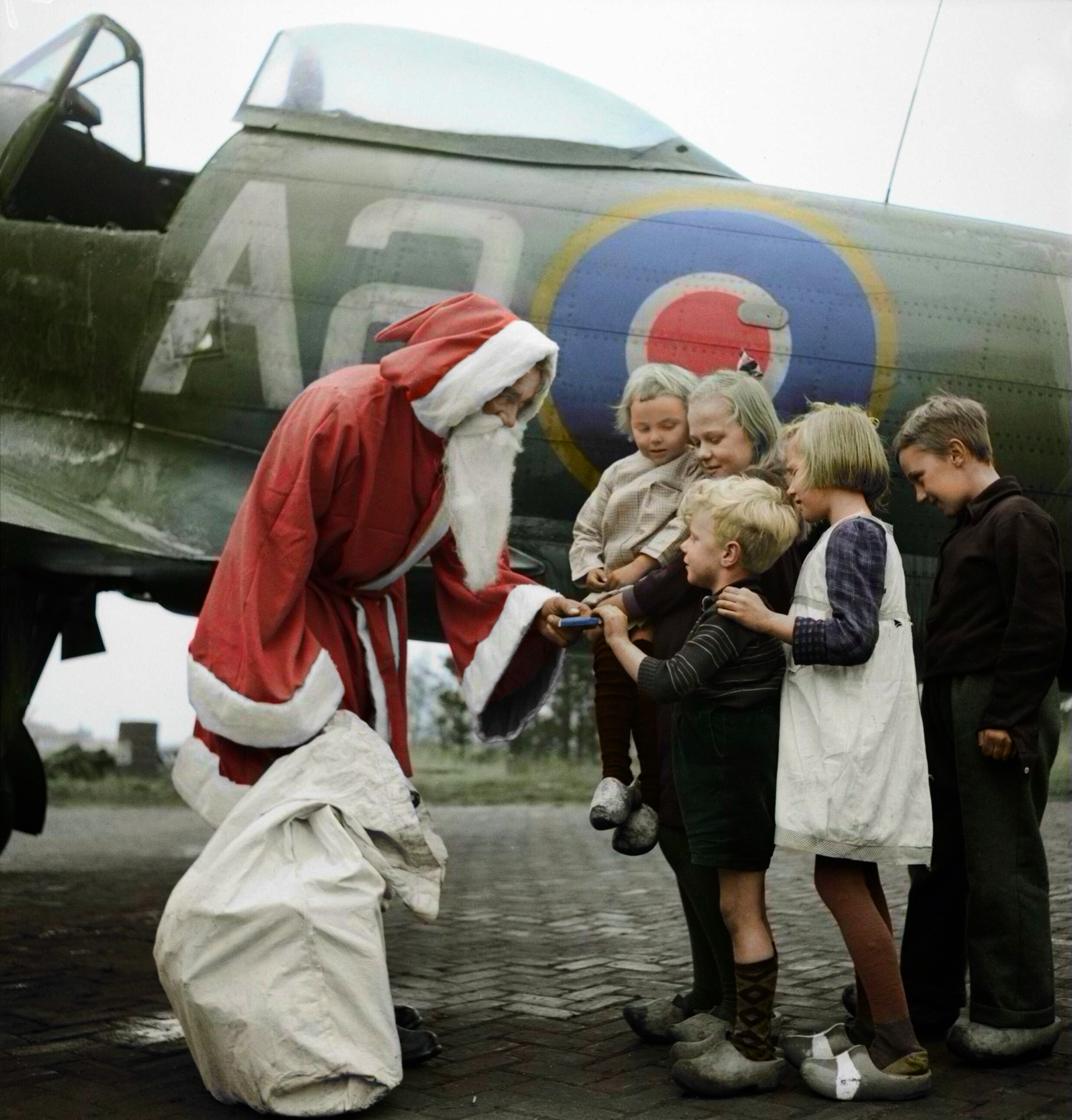 Members of No 122 Wing had saved their sweet ration for weeks, and contributed enough money to give the children their first proper Christmas party. It was noted by the photographer that this year Santa was afraid of Messerschmitts, so he decided to come by RAF Tempest! 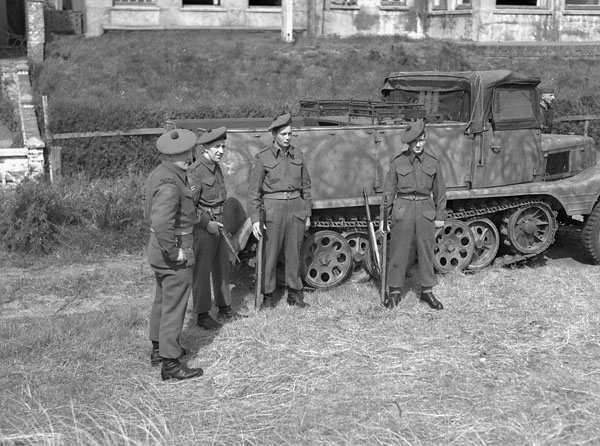 Canadian personnel with the German halftrack vehicle which transported them around Norderney during surrender negotiations, Norderney, Germany, 8 May 1945.