The bombing of the Monte Cassino abbey, 15 February 1944.

In the spring of 1944, the Germans still held the line of defence north of Ortona, as well as the mighty bastion of Monte Cassino which blocked the Liri corridor to the Italian capital. Determined to maintain their hold on Rome, the Germans constructed two formidable lines of fortifications, the Gustav Line, and 14.5 kilometres behind it, the Adolf Hitler Line.

During April and May of 1944, the Eighth British Army, including the 1st Canadian Corps, was secretly moved across Italy to join the Fifth U.S. Army in the struggle for Rome. Here under the dominating peak of Cassino, the Allied armies hurled themselves against the enemy position. Tanks of the 1st Canadian Armoured Brigade (formerly 1st Canadian Army Tank Brigade) supported the Allied attack. After four days of hard fighting, the German defences were broken from Cassino to the Tyrrhenian Sea and the Germans moved back their second line of defence. On May 18, Polish troops took the Cassino position and the battered monastery at the summit. 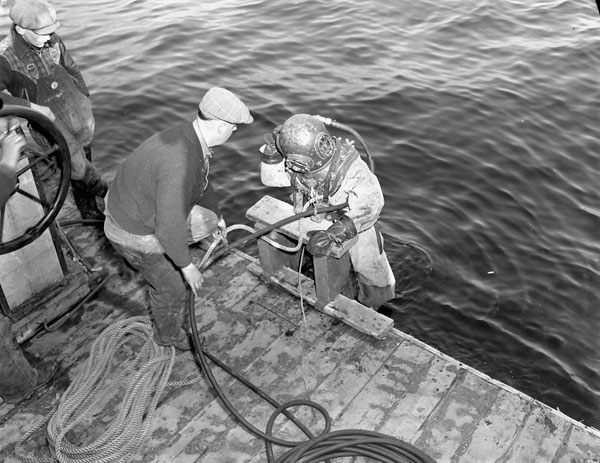 Diver preparing to check that the corvette H.M.C.S. LETHBRIDGE is properly seated on the stocks of the marine haulout, Sydney, Nova Scotia, Canada, 2 November 1942.

1878 The Honourable Alfred Gilpin Jones is appointed Minister of Militia and Defence.

These are 10 of the 198 Canadians who fell on this day in history.