Lieutenant I. Macdonald (with binoculars) of The 48th Highlanders of Canada preparing to give the order to attack to infantrymen of his platoon, San Leonardo di Ortona, Italy, 10 December 1943.

The Battle of Ortona was a battle fought between two battalions of elite German Fallschirmjäger (paratroops) from the German 1st Parachute Division under Generalleutnant Richard Heidrich, and assaulting Canadian troops from the Canadian 1st Infantry Division under Major General Chris Vokes, most of whom were fresh recruits whose first taste of combat was during the Invasion of Sicily. It was the culmination of the fighting on the Adriatic front in Italy during “Bloody December”. The battle was known to those who fought it as the “Italian Stalingrad,” for the brutality of its close-quarters combat, which was only worsened by the chaotic rubble of the town and the many booby traps used by both sides. The battle took place in the small Adriatic Sea town of Ortona, with a peacetime population of 10,000. 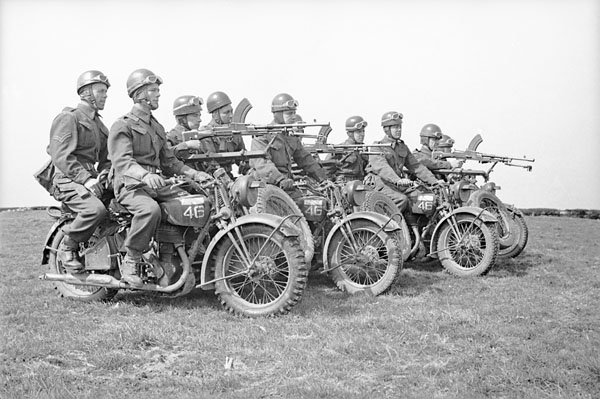