Battle of the Somme

On 1 July 1916, Allied forces launched a major offensive in France during the First World War. The opening of the Somme offensive turned into one of the deadliest days in the history of modern warfare. At the village of Beaumont-Hamel, the First Newfoundland Regiment suffered catastrophic losses. After a battle lasting only 30 minutes, less than 10 per cent of the regiment was able to answer roll call. 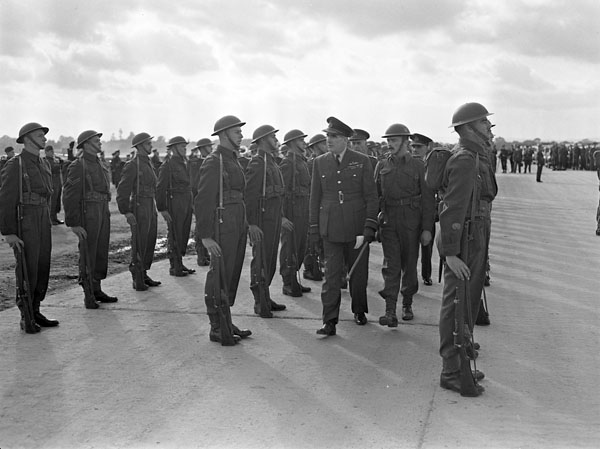 Air Chief Marshal Sir Christopher L. Courtney of the Royal Air Force inspecting a Canadian guard of honour at the official opening of the airfield which was constructed by the Royal Canadian Engineers at Dunsfold, England, 16 October 1942.