Members of the Royal Canadian Medical Corps evacuating Allied soldiers from the beach after the Dieppe, France raid during the Second World War.

The Dieppe Raid, also known as the Battle of Dieppe, Operation Rutter during planning stages, and by its final official code-name Operation Jubilee, was an Allied attack on the German-occupied port of Dieppe during the Second World War. The raid took place on the northern coast of France on 19 August 1942. The assault began at 5:00 a.m., and by 10:50 a.m. the Allied commanders were forced to call a retreat. Over 6,000 infantrymen, predominantly Canadian, were supported by The Calgary Regiment of the 1st Canadian Tank Brigade and a strong force of Royal Navy and smaller Royal Air Force landing contingents. It involved 5,000 Canadians, 1,000 British troops, and 50 United States Army Rangers. 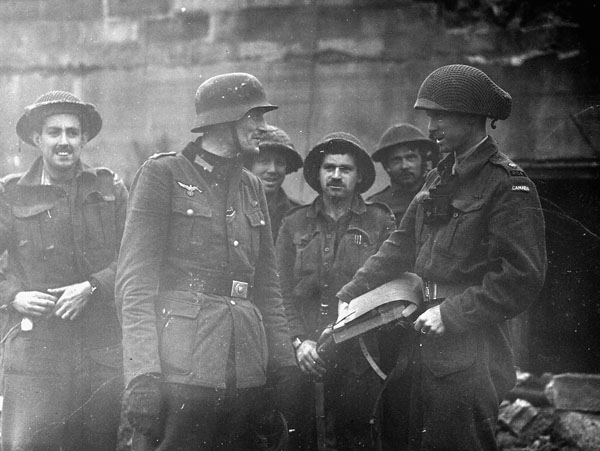 1944 For his actions at R.A.F. Station Tholthorpe, Yorkshire, England, Air Commodore Arthur Ross of the RCAF earns the George Cross.