Instructions being signalled to waiting landing craft by semaphore at dawn of the opening day of the invasion of Sicily, 1943

To the 1st Canadian Division, it felt as if they had been forgotten and sidelined. High Command wanted something to involve the whole Division. What followed is to this day one of the most inspiring of Canadian victories.

In the summer of 1943 the 2nd World War was in its 4th year, and for almost all of that time the men of the 1st Canadian division were based on english soil, held back by the Canadian High Command. The Canadian Command was waiting for a campaign which could commit all 26,000 men. In the meantime, the troops were kept busy on base. The Canadian Command held endless sporting events many military parades, and countless hours of training, all while other Allied armies were in the fight. Had the Canadian Division been forgotten?

In June 1943, the Canadians would finally have the opportunity that High Command had been waiting for. Just over 26,000 troops of the 1st Canadian Division would board more than 50 ships and depart England. They were apart of a large scale seaborne force set to attack the enemy lines. The destination, though, is kept secret until they set sail to ensure utmost secrecy.

On June 28th the Canadians finally made eyes at a large convoy starting to building around them. The next day around noon a message was posted on all notice boards, it wrote, “Following message has been received from the Rear Admiral: ‘We are on our way to the Mediterranean to take part in the greatest combined operation ever attempted.’” Allied ships make their way to the Sicilian coast, 1943

By this time in the conflict, the Allies had driven the Italian and German forces out of South Africa, forcing them to retreat back into Italy. This paved the way to the next Allied objective; the Southern Italian island of Sicily. Canadian troops join in a convoy with other ships containing over 160,000 American and British troops off the western shores of Sicily, and form up for the seaborne invasion codenamed “Operation Husky”. The goal: to take Sicily by seaborne and amphibious landings, knocking the Axis powers back further into Italy. This would ensure clear seaways for reinforcements, plus, it would allow the Allies to take over air bases in Sicily, supporting the invasion of mainland Italy. (Corey Powell)

The Battlefield Tours is proudly the longest running battlefield tour program in Canada - having escorted Canadian Veterans & their families for over 30 years. 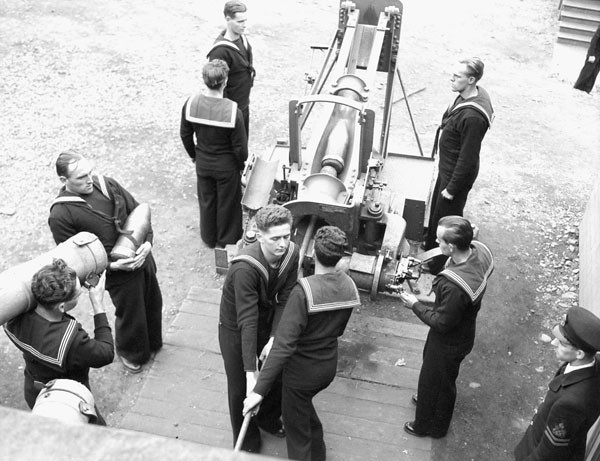 1903 The regular component of The Royal Canadian Ordinance Corps is authorized.