The Hundred Days Offensive was the final period of the First World War, during which the Allies launched a series of offensives against the Central Powers on the Western Front from 8 August to 11 November 1918, beginning with the Battle of Amiens. The offensive essentially pushed the Germans out of France, forcing them to retreat beyond the Hindenburg Line, and was followed by an armistice. The term “Hundred Days Offensive” does not refer to a specific battle or unified strategy, but rather the rapid series of Allied victories starting with the Battle of Amiens. 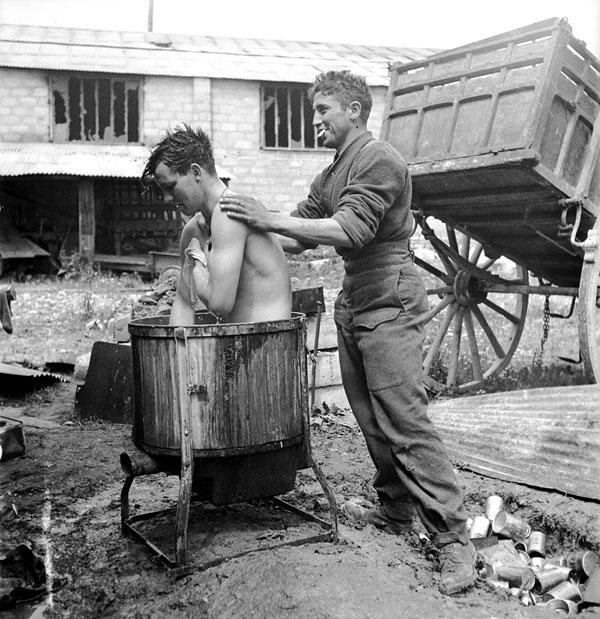 Rifleman E. Deblois, Queen's Own Rifles of Canada, washing the back of Rifleman J.C. Sackfield of the same regiment, who is having a bath, Bretteville-Orgueilleuse, France, 20 June 1944.