The Battle of Amiens, also known as the Third Battle of Picardy (French: 3ème Bataille de Picardie), was the opening phase of the Allied offensive which began on 8 August 1918, later known as the Hundred Days Offensive, that ultimately led to the end of the First World War. Allied forces advanced over 11 kilometres (7 mi) on the first day, one of the greatest advances of the war, with Henry Rawlinson’s British Fourth Army playing the decisive role. The battle is also notable for its effects on both sides’ morale and the large number of surrendering German forces. This led Erich Ludendorff to describe the first day of the battle as “the black day of the German Army”. Amiens was one of the first major battles involving armoured warfare and marked the end of trench warfare on the Western Front; fighting becoming mobile once again until the armistice was signed on 11 November 1918. 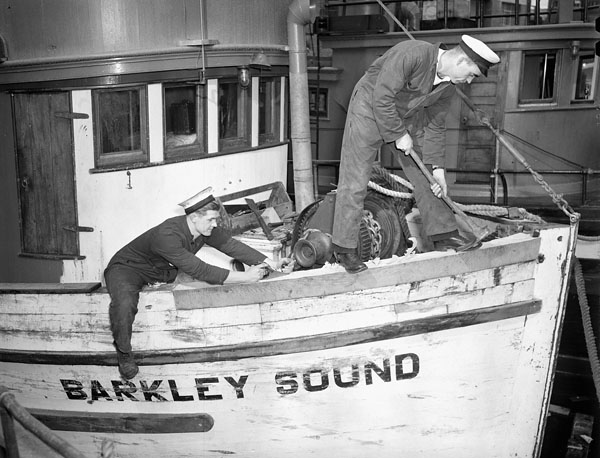 The conversion of the fishing vessel BARKLEY SOUND into a vessel of the Fishermen's Reserve, His Majesty's Canadian Dockyard, Esquimalt, British Columbia, Canada, 9 May 1942.