The Normandy landings were the landing operations on Tuesday, 6 June 1944 of the Allied invasion of Normandy in Operation Overlord during World War II. Codenamed Operation Neptune and often referred to as D-Day, it was the largest seaborne invasion in history. The operation began the liberation of German-occupied northwestern Europe from Nazi control, and laid the foundations of the Allied victory on the Western Front.

On June 6th, 1944, the 3rd Canadian Infantry Division and the 2nd Armoured Brigade were tasked with establishing a bridgehead on the beach codenamed “Juno”. This was an eight-kilometre long stretch of beach bordering Saint-Aubin, Bernières, Courseulles-sur-Mer and Graye-sur-Mer. Assault troops were then to move towards the Carpiquet airfield, 18 kilometres inland. The 3rd Infantry Division, under Major-General R.F.L. Keller, was under command of the Second British Army. It was flanked on the left by the 3rd British Infantry Division that was to land on Sword beach (Lion-sur-Mer, Langrune-sur-Mer). To the right, the 50th British Division had as its target “Gold Beach” (La Rivière, Le Hamel, and Arromanches). 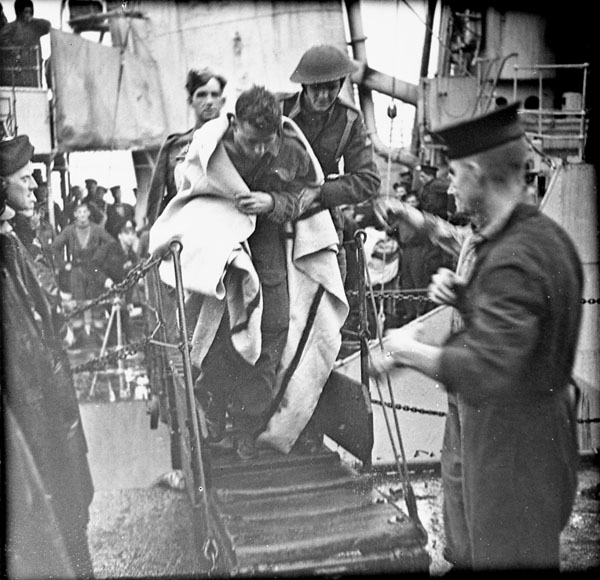 Soldiers who took part in Operation JUBILEE, the raid on Dieppe, disembarking from a Royal Navy destroyer in England, 19 August 1942.