The Second Battle of Ypres was Canada’s first major engagement in the First World War. The battle was fought in Flanders in the Ypres Salient – a section of the front line that surrounded the town of Ypres, Belgium, and divided the Germans from the Allies. In the first four days of battle (22-25 April 1915), the 1st Canadian Division fought with great determination and courage to hold back a German offensive. Their tenacious and bold actions in defence of Allied positions proved their mettle on the battlefield and received international recognition. In battle, the Canadians faced almost overwhelming odds, including the first large-scale chlorine gas attack of the war, and paid a massive cost with approximately 6,000 casualties, many of whom are buried nearby. At home, Canadians took enormous pride in the success of their countrymen on the battlefield, while at the same time, communities from across the country mourned the loss of their fallen sons. In the battle’s aftermath, Lieutenant-Colonel John McCrae wrote, In Flanders Fields, a poem that would continue to resonate long after the war was over. 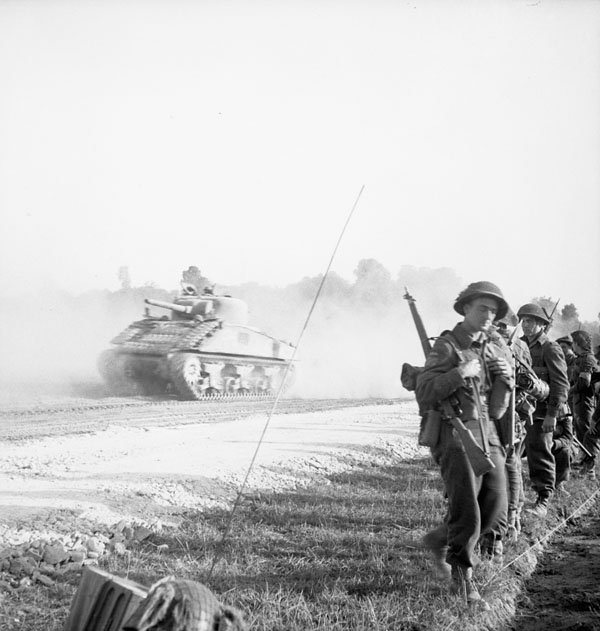 Infantrymen of the 8th Canadian Infantry Brigade passing a Sherman tank while advancing to attack the industrial area of Caen. Ranville, France, 18 July 1944.