The Vietnam War had considerable effects on Canada – and Canada and Canadians affected the war.

The Canadian government did not officially participate in the war. However, it contributed peacekeeping forces in 1973 to help enforce the Paris Peace Accords.

Privately, some Canadians contributed to the war effort. Canadian corporations sold war material to the Americans. In addition, at least 30,000 Canadians volunteered to serve in the American armed forces during the war. At least 134 Canadians died or were reported missing in Vietnam. 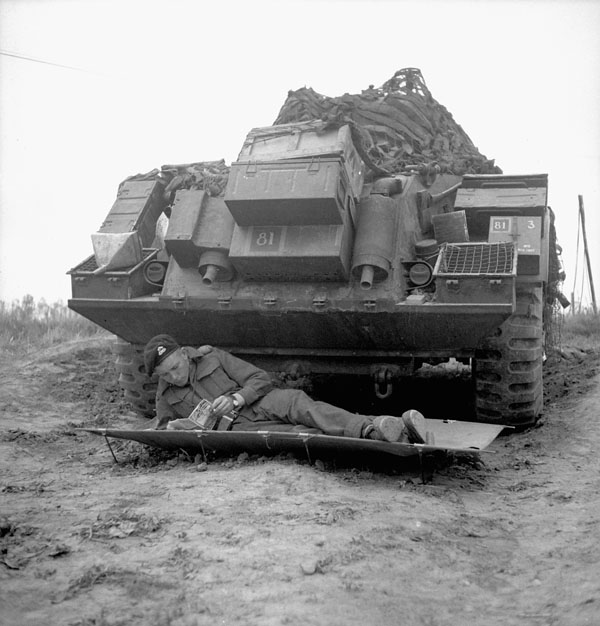 Trooper Ernie Tester of the 12th Manitoba Dragoons lying on a cot in front of a Sherman tank of a Canadian armoured regiment near Caen, France, 19 July 1944.

1878 The Honourable Alfred Gilpin Jones is appointed Minister of Militia and Defence.

These are 10 of the 198 Canadians who fell on this day in history.