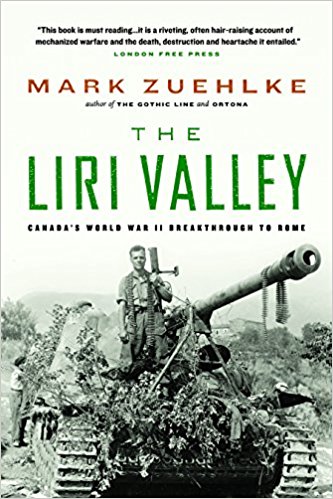 For the allied armies fighting their way up the Italian boot in early 1944, Rome was the prize that could only be won through one of the greatest offensives of the war. Following upon his book about the battle of Ortona, Mark Zuehlke returns to the Mediterranean theatre of World War II with this gripping tribute to the valiant Canadians who opened the way for the Allies to take Rome.

The Liri Valley is testament to the bravery of these Canadians, like the badly wounded Captain Pierre Potvin, who survived more than thirty hours alone in the hell of no man’s land. This book, like the battle it records, will live long in readers’ memories. 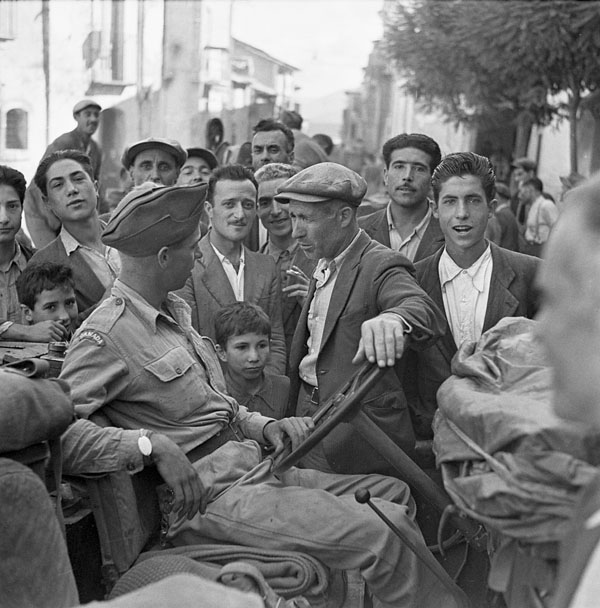 Private Dave King, a driver with the Canadian Army Film and Photo Unit, talking with an Italian who lived in his own hometown of Burlington, Ontario, for a number of years, Delianuova, Italy, ca. 5 September 1943.

1945 First Canadian Army opens an offensive at the north end of the German Siegfried Line southeast of Nijmegen in order to clear the area between the Maas and Rhine rivers.

These are 10 of the 215 Canadians who fell on this day in history.