Aircraft was on escort duty, escorting 4 Hurricanes of 1 Sqn (RIAF) from the Air Reinforcement Centre at Karachi on the first stage of a Journey to Trichinopoly, in flight Hurricane AG137, airscrew of a Hurricane severed the tail of the Hudson at 1800 feet, which the aircraft then spun into ground crashing, killing all on board the Hudson, investigation was determined to the Hurricane pilot losing consciousness (he became dizzy and lost control) and the secondary cause the resultant collision. Hurricane crash landed back at the Air Reinforcement Centre.

It is quite possible that the Hudson was being used as a transport aircraft at the time of the crash, and could have been assigned to No. 1 IAF for such duties.

I have not been able to find anything to confirm this, however, you could look at this file, held by the National Archives England: https://discovery.nationalarchives.gov. ... r/D8406246, and which can be purchased, and downloaded for £3.50.

NOTE: His unit was “ARC which is Air Reinforcement Center”

The aircraft was on escort duty, escorting 4 Hurricanes of 1 Sqn (IAF) from the Air Reinforcement Centre at Karachi on the first stage of a Journey to Trichinopoly. 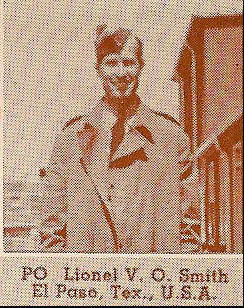 George, I have more info to post......but having issues. I’ll check with the site admin, and see what’s wrong. Soon as we can get it fixed.....I’ll post a bit more (photo of him, aircraft info, etc etc)
Top

Thanks Temujin, I noticed through other sites as well that there is a lot of confusion on who the Hudson belonged to, got the crew, the Hurricane pilot, and what happened, just could not nail down the ownership of the Hudson, appreciate the help as always … Thank You !
Top

Sorry about that folks, I've increased the total attachment space allotment for the board. Should be fine now.
Phil