Discussions related to the conflict between North Korea and South Korea that took place from 1950 to 1953.
Post Reply
2 posts • Page 1 of 1

Re: RCAF Victories in Korea 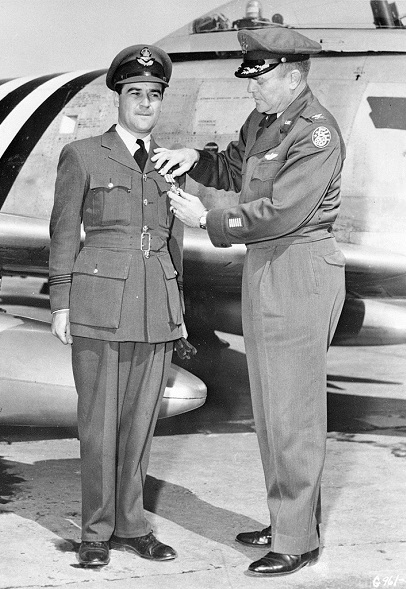 Royal Canadian Air Force (RCAF) pilot Omer “Trottle” Lévesque served with distinction during the Second World War, engaging in active service over France and regularly flying across the Channel. He was shot down, captured and spent the last three years of the war in Stalag Luft III.

Today, he is best remembered for flying F-86 Sabres with the United States Air Force (USAF) during the Korean War.

Lévesque, who was born in 1920 at Mont Joli, Quebec, began an exchange posting with the USAF at Langley Air Force Base in Virginia in June 1950. After a conversion course on North American F-86 Sabres, he was assigned to 334th Squadron of the 4th Fighter-Interceptor Wing and arrived in Korea on December 1, 1950.

The wing was the first Sabre formation to be deployed to the Far East. On December 17, Flight Lieutenant Lévesque took flight with the squadron’s first operational sortie, taking on Soviet MiG-15s. He thus became the first Canadian and the first Commonwealth pilot to engage in jet-to-jet combat. He was also the first RCAF member to score a victory during the Korean War.

Lévesque earned the U.S. Air Medal by flying 20 missions from December 17 to 20. On March 30, 1951, while flying as part of an escort of B-29 bombers, he earned the American Distinguished Flying Cross for his dogfight with several MiGs. The aircraft he shot down during that fight earned him the title “ace”.

Lévesque completed his tour of duty in June 1951 and returned to Canada. Until his retirement in 1965, his postings included Air Defence Command in St. Hubert, Quebec, the International Control Commission in Vietnam, and NORAD. He served as the honorary colonel of 425 Tactical Fighter Squadron from 2001 to 2004 and was inducted into the Quebec Aviation Hall of Fame in 2002. 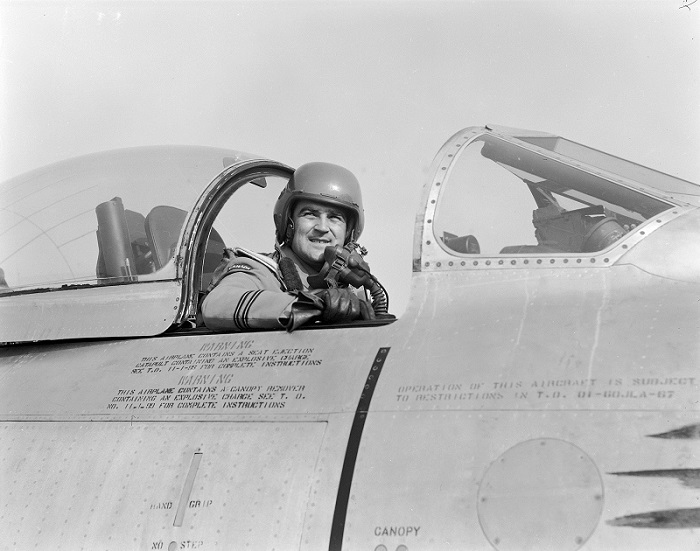